[Boca Raton, FL] Tonight’s third and final presidential debate, moderated by Bob Schieffer of CBS News will be focusing specifically on foreign policy clashes.  While issues like the attack on the US Embassy in Benghazi, and the ongoing conflict in Afghanistan are likely to be at the fore, online activists will be using twitter during the debates to virally disseminate information in protest of the indefinite detention provisions under section 1021 of the National Defense Authorization Act  (NDAA).  At 9pm EST activists will begin using the hashtags #NDAA and #stopNDAA in their own unique tweets directed at the #debates.

“This debate is about how America deals with the world — and how it should,” say’s David E. Sanger in his report for the New York Times.  Despite the glaring problems concerning judicial over-reach within section 1021 of the NDAA the military spending bill still received bipartisan support and only had handful of dissenters.  This leaves many to assume that despite the brevity of this issue, discussion of the NDAA will not be breached during the presidential debate, even if the focus is foreign policy.  The activists see the use of indefinite military detention as a disgrace to due process under the constitution and a black eye on America’s foreign relations.  Revolution Truth, the advocacy group responsible for coordinating supporting plaintiffs for the successful Hedges vs. Obama lawsuit challenging ss. 1021 of the NDAA has solicited the support of filmmaker Michael Moore, Demand Progress, Wikileaks and others in this social media protest.  The following is their call to action…

When: Monday, Oct 22, 2012, 9pm EDT
What: Tweeting #stopNDAA or #NDAA at the final presidential debates
Where: https://twitter.com/stopNDAAnow @stopNDAAnow

Please join us in trying to get the #NDAA trending on Twitter during the final presidential debate. BOTH parties are colluding in denying you your First and Fifth amendment rights under the 2012 National Defense Authorization Act, and both candidates refuse to discuss this bipartisan assault on civil liberties.

Help us by tweeting the hash tags #NDAA, or #stopNDAA at #Debate on Monday night. Here are sample tweets:

I support #stopNDAA and expect the candiates to talk about the #NDAA at the #debate http://www.stopNDAA.org

By 9:36pm EST the hashtag #stopNDAA was trending both in the USA and Worldwide.  At 9:54 it was the top trending topic on twitter in the USA. 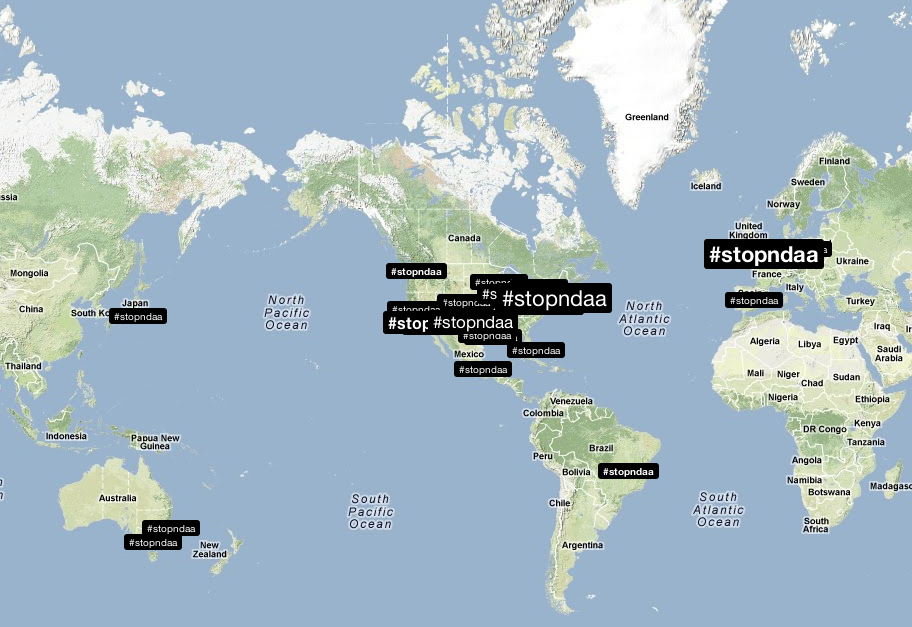 As the hashtag #stopNDAA trended worldwide it made it’s way to the television screens of millions of American’s watching the debates.

This would have not been possible without the continuing and tireless efforts of Tangerine Bolen, David Segal, Demand Progress, Lucas Vazquez, Micaela Ward, Alexa Obrein, Chris Hedges, Abby Martin, Michael Moore, The Suicide Girls blogteam, and Florida Congressional Candidate David Seaman.  Many thanks are owed to them for their work to shed light on the NDAA’s draconian indefinite detention provisions under (ss 1021).