The Islamic State in Afghanistan (ISKP) controls large talc, marble and chromite mines in the Islamic State (IS) stronghold of Achin district in the Nangarhar province of eastern Afghanistan – the same area where in April 2017 the US military dropped the ‘Mother of All Bombs’ against ISKP-held caves. Nangarhar was the deadliest Afghan province for US troops in 2017.

The evidence on how much ISKP have been able to mine and profit from the minerals is mixed, but there has been at least some activity – and the group has fought major battles with the Taliban over neighboring districts containing even richer deposits. A Taliban commander explicitly linked the ferocity of the conflict to competition over resources, saying: “The fight is over the mines.” 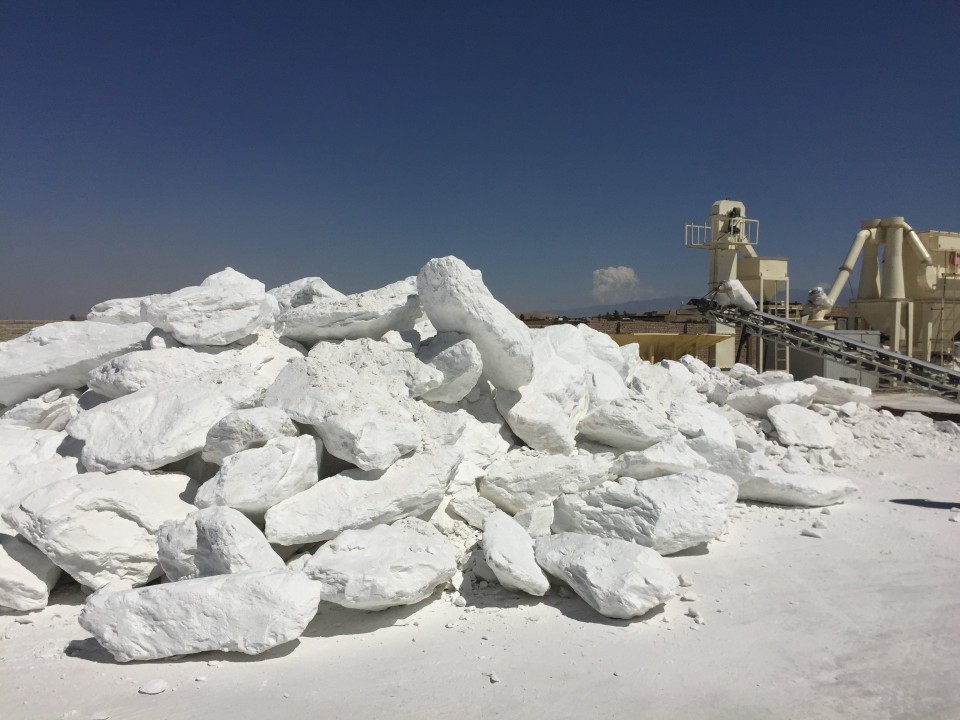 Nick Donovan, Campaign Director at Global Witness, said: “The Islamic State appears to have a significant strategic interest in Afghanistan’s minerals and controls some major mining areas. Given its track-record of exploiting natural resources in Iraq and Syria, this should be a wake-up call for both the Afghan government and the Trump administration. They must strengthen control over the trade in places like Nangarhar, but just as importantly put in place desperately needed transparency and oversight reforms so that legitimate mining has a chance to provide a viable alternative.”

Global Witness’ report ‘At any price we will take the mines’: the Islamic State, the Taliban, and Afghanistan’s white talc mountains uses satellite imagery and extensive interviews to highlight this threat in unprecedented detail. But it also shows how ISKP are just a high-profile example of a much wider problem of the involvement of armed groups and corrupt actors in Afghan mining.

This is evident just 50 kilometers from the ISKP controlled sites, where dozens of mines under Taliban influence are producing talc and marble in large quantities. Global Witness research uncovered evidence that the Taliban are making millions a year from talc alone – part of the $200-$300 million a year they are estimated to make from minerals across Afghanistan.

A significant part of this talc ends up being sold in the United States. Almost all of Afghanistan’s output is exported to Pakistan, which in turn exports more of it to the US than to any other country. Pakistan provides more than a third of US imports of talc, which is used in products ranging from paint and cosmetics to paper and baby powder. EU countries are also major buyers. 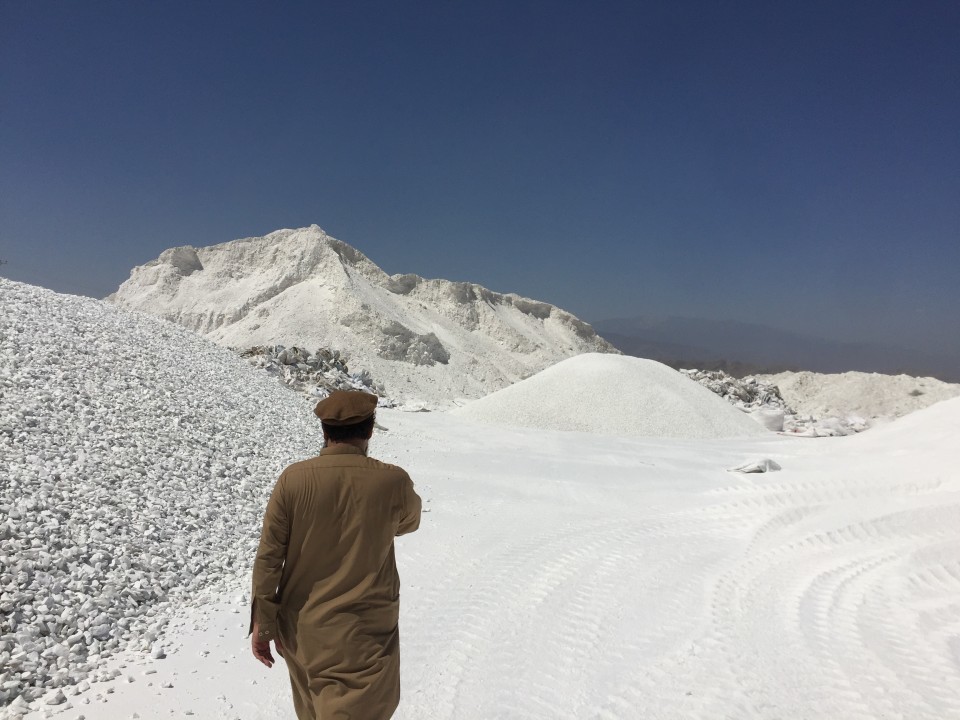 A man walks among piles of talc at a processing plant near Jalalabad, mid-2017 | Photo: Courtesy of Global Witness

“Unwitting American and European consumers are inadvertently helping fund extremist groups in Afghanistan,” said Donovan. “The US and other importing countries must put in place strong requirements for companies to exercise full due diligence of their supply chains – as a matter both of moral duty, and of their strategic national security interest in a stable Afghanistan.”

He added: “the ultimate aim is not to stop the trade but to reform it in a way that preserves and strengthens the livelihoods of ordinary Afghans without funding the Islamic State, other illegal armed groups, or abusive strongmen.”

There are no easy solutions to achieve this, but there are obvious reforms that could help, and which have yet to but put in place. The Afghan government and its international partners should urgently:

For the US in particular, abuses in the Afghan mining sector should be a major security concern, but so far the Trump administration’s main priority has been to push for US companies to get more contracts for Afghan resources. The US should do three things:

The Afghan government has made clear and welcome commitments to most of these reforms, but they have yet to be implemented – upcoming amendments to the Afghan Mining Law will be a key test. A ban on the talc trade was imposed in early 2015, but was lifted later that year under pressure from traders.

“The Afghan government and its partners need to start treating this problem with a sense of urgency that matches the scale of the threat,” Donovan said. “They are counting on Afghanistan’s resources to fuel development and fund the government, but as our research shows all too clearly, without immediate action, they are far more likely to fuel more corruption and conflict.”

Washington, DC — In response to reports that the President Trump is planning to issue an executive order targeting the US conflict minerals provision, also known as Section 1502 of Dodd-Frank, Carly Oboth Policy Adviser at Global Witness said:

“Any executive action suspending the US conflict minerals rule would be a gift to predatory armed groups seeking to profit from Congo’s minerals as well as a gift to companies wanting to do business with the criminal and the corrupt.

“This law helps stop US companies funding conflict and human rights abuses in the Democratic Republic of Congo and surrounding countries. Suspending it will benefit secretive and corrupt business practices. Responsible business practices are starting to spread in eastern Congo.  This action could reverse that progress.

“It is an abuse of power that the Trump Administration is claiming that the law should be suspended through a national security exemption intended for emergency purposes.  Suspending this provision could actually undermine US national security.”

The conflict minerals law, known as Section 1502 of the Dodd Frank Act, aims to help stop mineral trading fuelling conflict in Central Africa by requiring companies to check whether they are funding conflict or human rights abuses through their purchases of minerals, including tin, tantalum, tungsten and gold. These minerals are crucial parts of many products manufactured and sold in the US, from jewelry and airplanes to laptops and mobile phones.

For over a decade, Global Witness has exposed the role of minerals in fuelling conflict and human rights abuses in eastern Congo and played a leading role in securing passage of the conflict minerals provision.