San Diego, CA — This morning in the U.S. District Court for the Southern District of California, Joseph Buddenberg was sentenced to two years in federal prison for Conspiracy to Violate the Animal Enterprise Terrorism Act. The sentencing follows his signing a non-cooperating plea agreement in which he plead guilty to conspiring to free thousands of animals from fur farms throughout the U.S. and to cause damage to businesses associated with the fur industry. END_OF_DOCUMENT_TOKEN_TO_BE_REPLACED

[BOSTON, MA]  Yesterday members of the Center for Constitutional Rights (CCR) and their supporters packed a Boston, MA courtroom, as Senior Staff Attorney Rachel Meeropol demanded the First Circuit Court of Appeals strike down the Animal Enterprise Terrorism Act (AETA) as a violation of the First Amendment.

The AETA is a federal criminal statute ushered through Congress in 2006 by powerful lobbyists for the fur, pharmaceutical, and meat industries. It criminalizes a broad swath of free speech activities and has cast a chill over the animal rights community. CCR filed the first civil challenge to AETA, Blum v. Holder, in support of five animal rights activists who have censored themselves and limited their lawful advocacy out of fear that their work could subject them to prosecution as terrorists.

Want to fight the silencing of a movement? Do it directly by listening to and amplifying the voices of these activists. Please watch, share, and tweet (using #AETAspeakout) this new, two-minute video by CCR, featuring the plaintiffs in Blum v. Holder. Also check out Rachel Meeropol’s accompanying blog on the Huffington Post. 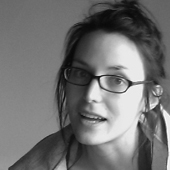 Sarahjane Blum
lives in Minneapolis, Minnesota, where she runs a small business with her husband. In 2003, Sarahjane co-founded GourmetCruelty.com, a grassroots coalition dedicated to exposing the abuse of ducks and geese raised for foie gras. The following year, the group released a short film, Delicacy of Despair, Behind the Closed Doors of the Foie Gras Industry, documenting their investigation of deplorable conditions on foie gras farms, and featuring the “open rescue” of a number of ducks. Sarahjane would like to continue her anti-foie gras work in Minnesota, which has become a significant foie gras producer, without breaking the law. But she is limited in her ability to do so, as the AETA criminalizes campaigns like hers that could cause a foie gras farm to lose profit, or hire extra security. 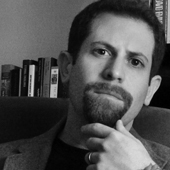 Ryan Shapiro
lives in Cambridge, Massachusetts, where he is completing a PhD at MIT. Ryan’s research focuses on disputes over animals and national security. In particular, his work explores the use of the rhetoric and apparatus of national security to marginalize animal protectionists as threats to American security from the late nineteenth century to the present. A longtime grassroots animal rights activist, Ryan co-founded GourmetCruelty.com with Sarahjane, and has focused much of his activism on factory farming issues. Ryan’s work, along with that of Sarahjane and the rest of the coalition, was instrumental in the 2004 passage of a California State law banning all foie gras production within the State. Ryan holds a degree in film and used these skills to direct Delicacy of Despair. Ryan wishes to further utilize his expertise to document and expose animal exploitation and abuse on factory farms. He is chilled from engaging in this important work, however, because documenting and distributing evidence of animal exploitation and abuse risks prosecution as a terrorist under the AETA. Read Ryan’s recent piece, Is Freeing a Duck Terrorism? on Truthout. 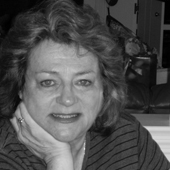 Lana Lehr
lives in Bethesda, Maryland. She is a licensed psychotherapist, and has been seeing patients in private practice for over 20 years. After adopting a rescued rabbit, Lana became interested in rabbit care and advocacy issues, eventually co-founding RabbitWise, a public charity devoted to preventing the irresponsible acquisition and care of companion rabbits, improving retention rates of rabbits already living in homes, educating people who live with or treat rabbits to give them the best possible care, and advocating for the broader welfare of rabbits in general. Lana used to supplement her rabbit advocacy by organizing and attending lawful, peaceful anti-fur protests in DC, but she is now afraid to attend such protests out of fear that even a lawful protest, which causes a fur store to lose money, would violate the AETA and risk prosecution as a terrorist. 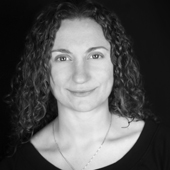 Lauren Gazzola
lives in Brooklyn, New York, where she works in the communications department of a non-profit legal organization. Lauren served almost three and a half years in federal prison after being convicted, along with five others, under a prior version of the AETA – The Animal Enterprise Protection Act of 1992. Lauren’s arrest and prosecution arose from her leadership role in Stop Huntingdon Animal Cruelty (SHAC), a grassroots campaign devoted to exposing and ending horrific animal abuse at Huntingdon Life Sciences, a corporation made infamous after undercover investigators disclosed footage of researchers dissecting a conscious monkey, repeatedly punching beagle puppies in the face, and other abuse. Lauren and the other SHAC defendants were not prosecuted for personally damaging Huntingdon property but, rather, for running a website that reported on and endorsed legal and illegal protests that caused the company to lose money. Now that she is out of prison, Lauren would like to engage in lawful animal rights work, but she cannot tell what is protected by the First Amendment and what is not, due to the broad reach and vague language of the AETA. 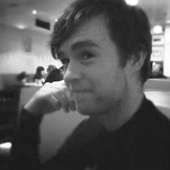 J Johnson
also lives in Brooklyn, New York, where he is an undergraduate at The New School. J moved to New York recently, from his native Chicago, where he spent close to a decade organizing protests and educating the public as a leader in the Chicago-area SHAC campaign. He left Chicago due in large part to the erosion there of long standing animal rights networks and his resulting inability to effectively organize demonstrations. Upon arriving in New York, he hoped to connect with others involved in sustainable and strategic animal rights campaigns, but has had trouble finding advocates to work with, due to a chill throughout the animal rights community as whole, based on the targeting of that community as would-be terrorists under the AETA.

The AETA criminalizes a broad swath of protected First Amendment activities and is so vague as to fail to give people notice of whether or not their conduct falls under the statute’s prohibitions.

In 2011, CCR filed the first civil challenge to the law. The case was dismissed on standing by the District Court in 2012, and CCR has since filed an appeal to the First Circuit. To learn more about the CCR’s legal challenge to the AETA please visit » http://ccrjustice.org/AETA

[NEW YORK, NY]  The National Lawyers Guild (NLG) has formed a committee dedicated to the furtherance of animal liberation issues and defending those imprisoned while fighting for animal rights.  This Thursday, October 3rd at 6pm the NLG Animal Rights Committee will host a launch event for this new committee, at the CCR offices located at 666 Broadway, 6th Floor.  You can RSVP via facebook HERE.

As business-driven designer legislation is eroding what little legal protections are afforded to animals, and simultaneously eviscerating activist’s abilities to effectively organize and advocate for these animals, the NLG has stepped up to filled a much needed role.  The NLG has long been on the cutting edge of social justice, among the first to defend targeted activists, and to broaden its anti-oppression vision.  In this exciting new chapter, the NLG will hopefully expand the radius of their work beyond simply defending the human rights of marginalized voices but also the lending it’s resources towards defending the rights of  voiceless non-human animals.  Speakers at Thursday’s launch will include…

Lauren Gazzola
Lauren is a Communications Associate for the Center for Constitutional Rights and a SHAC 7 defendant, who served 40 months in federal prison for her role in the Stop Huntingdon Animal Cruelty campaign to close Huntingdon Life Sciences.   Lauren will discuss the repression of animal rights and environmental activists as part of what many activists refer to as “The Green Scare”.

For more information, to join the committee, or to RSVP for the event, email animalrights@nlg.org

When Open Road Film’s Denis Hennelly and Casey Suchan set out to make Bold Native they wanted to work in the spirit of revolutionary films like Easy Rider. They succeeded. Bold Native is a feature film on the subject of animal liberation but at its heart, much like Easy Rider, it’s a road film about the fight for freedom in a corrupt America. 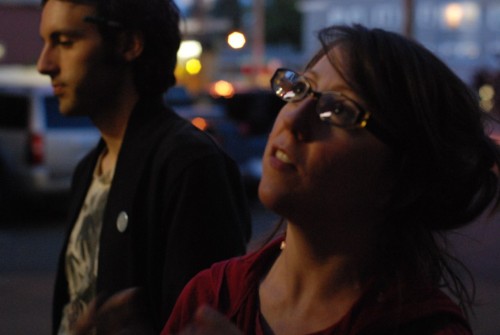 Bold Native follows Charlie Cranehill, played by Joaquin Pastor, an animal liberator working outside the law and Jessica Hagan who plays Jane, a woman working for change for animals within the confines of the legal system. The film’s hero, Charlie, is an ordinary activist who accepts a challenge by his girlfriend to ‘walk the talk.’ When things go awry and he is wanted by the U.S. government as a domestic terrorist, he must go into hiding. He emerges later in the plot to coordinate a large-scale action to free animals nationwide while both his estranged CEO father and the FBI hunt him.

Interspersed into the film are clips of institutionalized animal cruelty, which provide the much-needed context to underscore Charlie’s willingness to take such great risks. The filmmakers manage to do this in a way that supports the plot and pace of the film while avoiding seeming preachy.

Hennelly and Suchan show similar bravery by including a chilling scene of Charlie’s old friends taking a tactical heinous path of their enemies, which tests the viewer’s trust in Charlie.

The dialogue throughout the film is true to the movement and at times refreshingly comical. The gripping exchange between Charlie and his father toward the end of the film will easily make Pastor a star.

Pastor captures Charlie and presents him in a way that everyone can understand. Pastor is also a musician who contributes to the film’s soundtrack along with household names like Sufjan Stevens.

The filmmakers capture the all too real conflict between factions of today’s animal rights movement. But even for a viewer who knows nothing of the struggle or it’s inner arguments, Bold Native is a great primer on the ideology of a diverse movement that at its’ core is really about life, love and freedom.

Like all good revolutionary films, Bold Native is both inspirational and challenging. The film forces the audience to confront uncomfortable notions of brutality, betrayal and greed while inspiring us to fight for justice and freedom at all costs.

Nobody went to see Easy Rider just once. Bold Native will be the same. As soon as the credits rolled, I wanted to see it again.

You can catch an early screening of Bold Native in Washington DC on July 16th, or in NYC on July 26th.