As investigative journalist Jason Leopold, a co-plaintiff in the suit, reported for Buzzfeed, the letter “stands as a missing piece to a timeline about Democratic eufforts to encourage the White House to speak out about Russia’s intrusion sooner.”

Included in the released documents are responses from Julia Frifield, Assistant Secretary of State for Legislative Affairs at the State Department stating that they, “will not tolerate attempts to interfere with the U.S. Democratic process, and we will take action to protect our interests, including in cyberspace, and we will do so at a time and place of our choosing.” 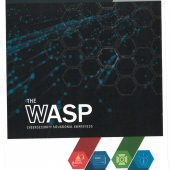 ‘The WASP’ is a Department of Homeland Security Newsletter on Cybersecurity Situational Awareness.

After the agencies failed to respond to their request, Shapiro and Leopold filed a lawsuit on December 26, 2016.  The following documents are the first production of responsive documents since the suit was filed.

Property of the People is anew government transparency non-profit. Their project, Operation 45, dedicated to uncovering records relevant to the public interest concerning the current Presidential administration has been described by The Nation as “a ray of hope in these dark political times.” Operation 45 is on twitter @opfortyfive

Ryan Shapiro is the director of Operation 45 and the co-founder of Property of the People. Politico has called Shapiro “a FOIA guru at the Massachusetts Institute of Technology.” He is a historian of national security, the policing of dissent, and governmental transparency. Shapiro’s pathbreaking FOIA work has already led the FBI to declare his MIT dissertation research a threat to national security. Shapiro is on twitter @_rshapiro.

Jason Leopold is an award-winning Senior Investigative Reporter at Buzzfeed News, specializing in counterterrorism and human rights. Leopold has been called a “FOIA Terrorist” by federal employees for his aggressive use of the Freedom of Information Act, which includes successfully suing the FBI to force changes to Bureau FOIA practices. Leopold is on twitter @JasonLeopold.

The Plaintiffs are represented by Washington, DC based FOIA specialist attorney, Jeffrey Light.