[New York, NY]   Counsel for jailed attorney and activist Lynne Stewart has filed an emergency 2255 motion in US District Court asking Judge John G. Koeltl to grant Stewart compassionate release, citing that she will likely die before the Federal Bureau of Prisons administrative remedy process is exhausted.  Today, August 8, 2013, at 2pm EST Judge Koeltl is expected to hear the motion filed by Stewarts counsel.  Activists and friends of Lynne Stewart will RALLY at nearby Foley Square at 12PM and then pack the courtroom in an outpouring of solidarity during the 2pm hearing (located at 500 Pearl Street, NY).

Stewart, originally sentenced by Koeltl to 28 months in prison in 2006 for an alleged breach of Special Administrative Measures (SAMs) imposed upon her client Sheik Omar Abdel-Rahman, later had her sentence extended to 10 years following an appeal made by prosecutors to the 2nd Circuit in 2009.  Stewart is now 73 years old and dying of cancer in her jail cell at Federal Medical Center (FMC) in Carswell, Texas.

“Lynne Stewart is dying,” wrote her attorneys. She does not want to die in prison or become another statistic of someone who dies while the Bureau of Prisons delays its reconsideration of another application for compassionate release that she plans to file soon.

Judge Koeltl gave a directive to the Federal Attorney to set out its case this week and also to explain why the Bureau of Prisons has refused to disclose or release the records that provide the basis for its denial of Lynne Stewart’s recent application for compassionate release.

Judge Koeltl has the authority to mandate immediate conditional release to Lynne Stewart.  The activists are hopeful that he will use this authority to grant Stewart the opportunity to spend her last days with her loving family. 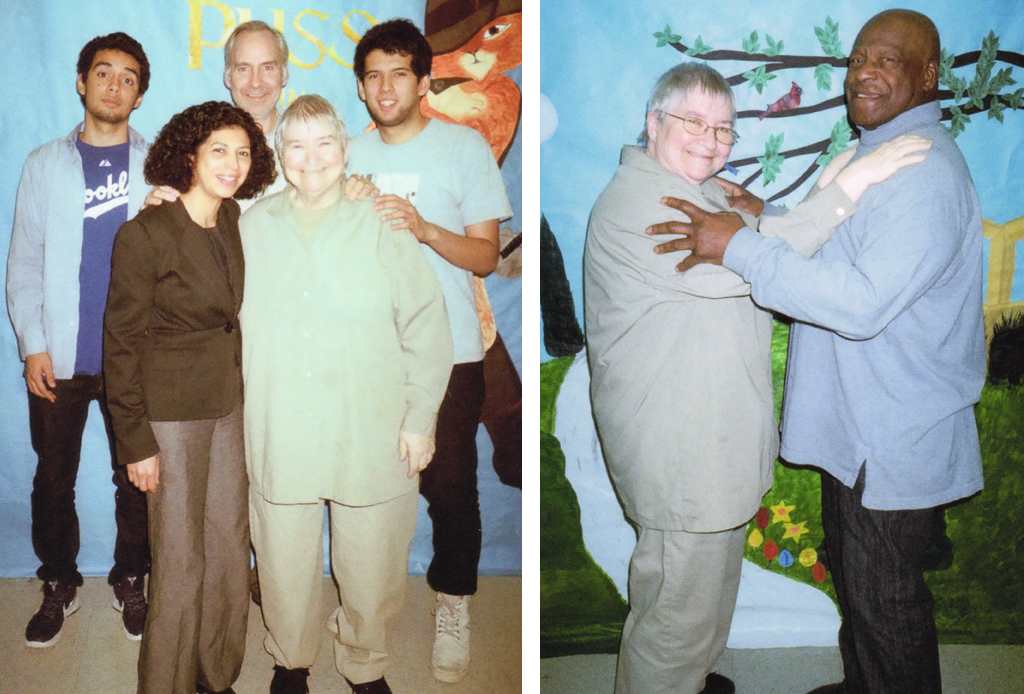 Lynne with her son & grandchildren [left], Lynne with her husband Ralph Poynter [right].  Pictures taken at the Federal Medical Center, in Carswell, TX

Lynne Stewart’s husband, Ralph Poynter, has also organized a petition with change.org to be delivered to Federal Bureau of Prisons Director, Charles E. Samuels asking that the Bureau grant Lynne’s FBOP application for compassionate release.  You can sign and share the petition online HERE

Statement from the Family of Pfc. Manning Regarding Col. Denise Lind's Verdict